The Dream of a Country Club 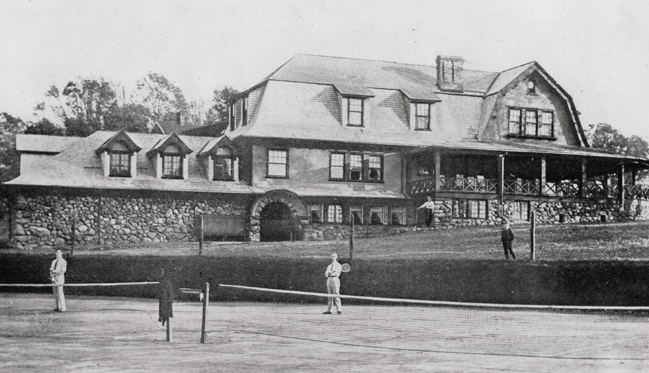 As the 20th century dawned, many residents of our region found their thoughts turning to recreational pursuits. And golf was in the air, the brave new sport on the American scene. It already had become a fixture at several nearby clubs in places like Morristown, Plainfield and Springfield.

The primitive golf courses and informal clubs sprouting up nearby were but the start, including the rudimentary Beekman Road Club in Summit and the Chatham Road Club. Soon a group of prominent Summit, Chatham and Madison residents set their sights higher, and began pursuing the possibility of establishing a full-fledged country club somewhere on the outskirts of Summit.

According to an article published in the magazine Golf in 1903:

“It resulted from a crystallization of sentiment in Madison, Chatham and Summit in favor of a larger and better equipped club than either place could create and support alone, permanent in location, and of the highest character in its construction and equipment.”

The leader of this group was Carroll P. Bassett, prominent Summit resident, civil engineer and pioneer in the utilities industry. He and several of his friends, including Charles E. Finney, Frank A. Wright and F. Walter Lawrence began exploring the idea and potential locations to build the Club of their dreams.

In early June of 1901, the group held a meeting at the Summit Hotel announcing their plans. To quote the Summit Herald in the June 15 issue, “The committee appointed at a meeting held some time ago by those of the residents interested in a country club for Summit have decided upon the W.C. Wallace estate located on the Chatham turnpike, about one mile drive by the new road laid out as a continuation of Woodland Avenue from the center of Summit. There are over one hundred acres of land and the old mansion in a picturesque location which, with a few changes, will do very nicely for a clubhouse. It was built in 1820 and is surrounded by beautiful trees and well laid out grounds and drives. Jack Vickery, the golf expert, has been over the grounds and pronounced it admirably adapted for a golf course, with many natural hazards.”